The omnipresence of criticism, its dominance in the form of themes, behaviors, and avowals, is a first sign of the absence of critical thought.

Academic circles are currently dominated by a veritable inventory and archiving of criticism, a studious administration of the critical household effects. Here we encounter all many of relevance-checkers and executors, who separate the useful from the useless and keep an eye on who’s part of the family. Criticism ossifies because in their hands it’s often nothing more than the random object of an encyclopedic interest. This unemotional curiosity, driven by no impulse or affect, knows nothing worth loving or hating. On the other side apparent opponents come to the fore, claiming to be able to debunk criticism as a purely evaluative and optimizing undertaking. Here we have to do not with authenticators and custodians but with juvenile rebels and rowdies. With anti-academic acrobatics that originate inside the academy, and only have any effect within its orbit, they announce an apparently new epoch devoid of criticism.

If on the other hand we direct our attention to the political sub-scenes (the reactionary main social tendencies don’t interest us here), we will certainly encounter other figures, but the situation isn’t therefore any more agreeable. With all those who devote their political work to the checkered game of life forms, who understand politics as the differentiated expression of newly created identities, the identification of the world’s evil along with the simultaneous assertion of the benignity of one’s own lifestyle frequently represents the depleted form of critical thought. In their circles what was once criticism has sunk to the inverted logic of respect, to the banalization of communication and language, and ultimately to the replacement of politics by morals. Opposite them are the last upstanding fundamental critics, who want nothing to do with the whole business and even understand their withdrawal as an achievement. Pulling back to the authority of the forward thinker, they grumpily proclaim the irrefutable truth of the critical insights that they conserve.

In the light of these tendencies the first act of critical thought consists in a double repudiation: of both the academic pseudo-debates and the political-moral looking-glass skirmishes. We have to disengage from both the self-sufficient interest in the tradition of criticism and the only apparently innovative attempts to scrap critical thought. Unfortunately we also need to steer clear of the political groundskeepers, who either turn away from thought with culturalist and relativist positions or pretend to embody the true form of critical theory offside and in exile.

Don’t we need instead, even though it appears to be contraindicated, to place our bets on the persistence of critical thought? Beyond the debates attempting to prove and relevance or irrelevance of criticism, and aside from the brutish bustle of critic cliques, isn’t there a strange continuity of the fleeting movement that inventively and transformatively operates on given positions and existing conflicts, as shown at least in the detours and diversions of thought? Such thinking doesn’t make for a good research subject, to be sure, nor does it help in working out a political program. It tends to express itself situationally, to follow impulses. It doesn’t accept a particular methodology, nor does it feel bound to a school. Its collecting point is more often found in the work of individuals. Compared to this, criticism as the subject of professionalized thought is rarely a sign of the activity of critical thought. The fact that people are increasingly concerned with a criticism that treats criticism as an object that exists like any other is more a sign of its absence.

Critically reflexive opportunism and the authoritarian orthodoxy of maximal criticism are the two dominant types of criticism now, and even though they are antagonistic from time to time they are as one in their conceitedness. While the first stance combines its own lack of ideas with denunciatory practices in its context-fixated pedantry, the second, which considers itself free from ideology, metes out blows on all sides in the name of truth, although it actually only clings melancholically to battered ideals. Both pretend to want to have nothing to do with the sordidness of the world. They balance each other out in working primarily on their own self-confirmation with the lowest possible risk. In critically examining the conditionality and dependency of the subject, it is often an armored subject, whether morally or politically, that remains the sole goal.

What does the assiduous work on one’s own invulnerability and the staging of one’s own non-participation reveal, if not an atrophy of the imagination and a paralysis of the emotions? The willingness to discover something not already familiar, to articulate something beyond the conveyance of secured insights, to do something more than follow the rules of conduct, is slight. One of the most pressing questions that should interest us is therefore: are today’s critics willing to defy their own dogmas?

Proceeding, in this brief and certainly inadequate portrayal of the current typology of criticism, from the dominance of criticism as object, as authority, or as attitude, we have to ask ourselves what constitutes the act of critical thought.

Critical thought that amounts to nothing more than questioning given positions, in negotiating existing conflict between parties, is none. Critical thought always accomplishes a dissolution of positions and parties that is more than their mere destruction. Provided we allow that criticism converges with thought, this dissolution will prepare an invention or transformation of the field on which the positions and parties have hitherto been charted. The first operation of criticism always consists in intervening where the confrontation between given positions is deceptive, because the field on which the positions are mounted is falsely constructed. Such a dissolution, which primes an invention or transformation, will also have no regard for a position of its own, will not be able to adhere to a position of its own. If there is something like the development of a position of one’s own in the critical process, it is at most a happy byproduct, not the object and aim of critical thinking. Whenever we endeavor to retain a position, or have become stuck in one, whenever we feel we belong to a party, we have abandoned thought.

In order to be able to dissolve the given, to transform or invent it, we already need to have diverged from it somewhat. The entire problematic of critical thought has to do with the extent or rather exorbitance of this distance. Its difficult task is to bring about a dissolution or transformation—without itself proceeding from a position or leading towards one. But at the same time every critical operation requires a modicum of self-preservation, even though it ultimately opposes self-preservation, as it is dependent on distancing. If the subject of self-preservation removes itself from the critical act, if it clings to its old or new position, the criticism will have been nothing more than a further episode in the self-reflexive game or endless confrontation of positions. We can call this the dead end of critical thought, which ultimately doesn’t tolerate stopping points, pauses, or stasis, but only undergoes interruption and discontinuation. The question sparked off by the critical act is: how can we distance ourselves from something given without invoking a different position, another given, that is, which alone ensures the necessary quantum of critical orientation and solidity?

If it wishes to be more than mere inspection and revision, more than an element in the confrontation of positions, criticism has to relate to the idea. We can call this—to bring two unwelcome terms into play—the affirmative and constructive part of criticism, which is inevitable yet doesn’t pave the way for mere affirmativism or pure constructivism. Critical thought is not affirmative because it confirms the given, but rather because it confides in the idea, which always goes beyond a negation of the given. And critical thought is not constructive because it brings about a new position and adds something to the given, but because with the aid of the idea it sets positions in motion and creates a new field. Critical affirmation and construction aren’t the result of positions and parties; they derive their strength from a connection with the idea. Positions and parties attempt to regulate ideas; ideas set positions and parties free. Critical thought that makes a connection with the idea leads to new positions and parties at most in the second instance. But there has never been a serious position or party that didn’t originate in the dizziness of an idea, that much is certain. 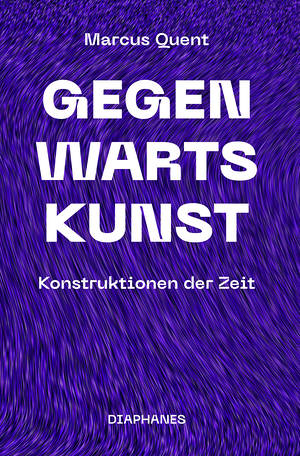