A coffin to bury the statues of the ­ancestors

The Repatriation of the White Cube

I was initially slightly sceptical of the ramifications and undertones of Renzo Martens’ project in central Congo. But as I found out on a recent visit to Lusanga in DRC, it is precisely the complexity and radical ambiguity of the enterprise that provides it with both artistic as well as socio-economic and political relevance. The work operates across several registers, each with its own context and syntax, be it within farming or art. What really convinces me is the equity and exchange that characterises the relationship between agriculture and art production. The one doesn’t work without the other. To grasp the categories and totality of the enterprise requires careful disambiguation.

The first day of the event in May celebrated the poly-cultural “post-plantation” in which different species of plants are cultivated, including sugar cane, pineapples, cocoa, and palm nuts. The talks by Congolese agronomists from Lusanga and the nearby town of Kikwit centered on their successful development of a nursery of seedlings, which they are planting in synergetic constellations across 20 hectares (200,000 square meters) of farming land. 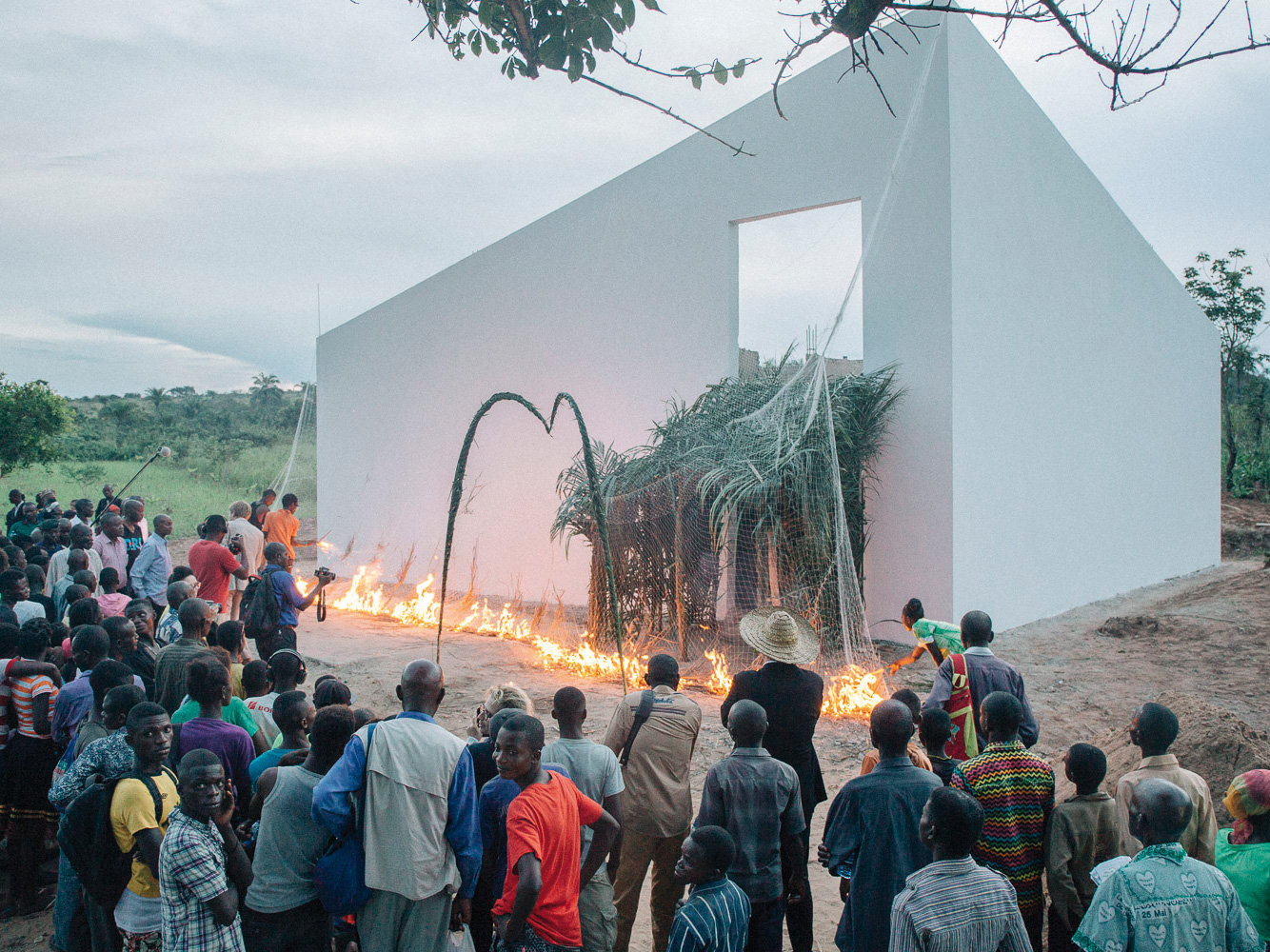 Experiments are being undertaken to pair crops. Here the leaves of banana trees help to shade more delicate plants, or the proximity of the river brings humidity to some fruits, while others benefit from the sandy earth of the arid hillside. Detailed accounts of the plantation’s objectives and its long-term plans were presented by René Ngongo, President of the CATPC and of Greenpeace DRC, while chief agronomist Alois Kuma spoke about planting techniques, redistribution, and seasonal rhythms. I was impressed by the commitment and intelligence of the Lusanga farmers in setting up this autonomous industry on land acquired from the sale of chocolate sculptures. 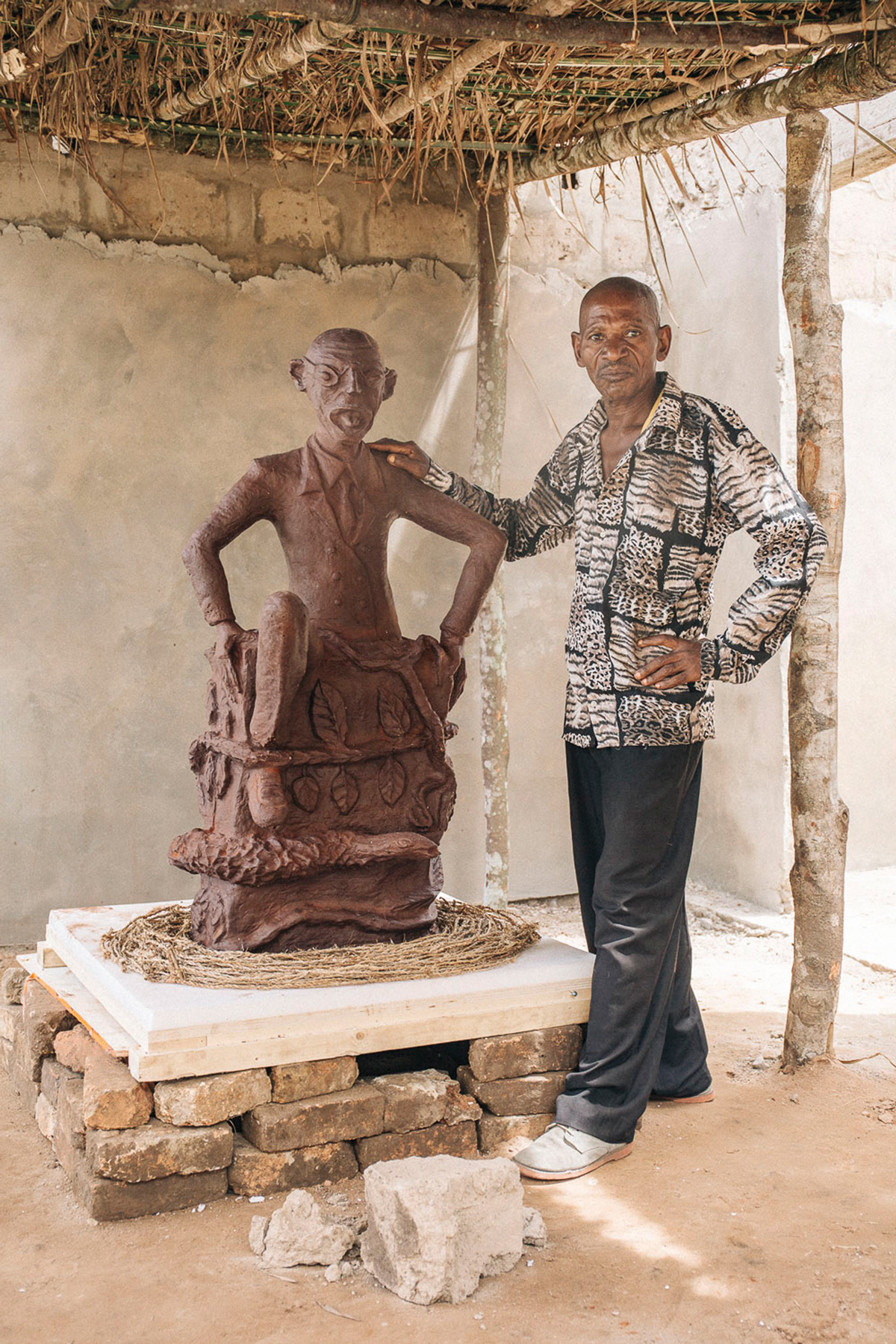 These sculptures can be seen as a currency that circulates between the field and the gallery. As self-portraits of the artists, scanned and cast in high-grade cocoa, these desirable units of exchange reflect the conditions of international neo-colonial production systems.

Alongside this specific work, one can see that the Lusanga artists are active as “model engineers” drawing their future in the form of plans or condition reports that outline the relations between DRC plantations and the art world. While some make sculptures out of river mud, others use the traditional Pende system of twisting and weaving rattan and palm leaves to create ephemeral artworks.

For this event the artists built a large structure of palm fronds named the “Kisendu of the 21st century,” which they see as an alternative architecture to the White Cube. It is here that they installed the works gifted by Marlene Dumas, Luc Tuymans, Sammy Baloji, Carsten Höller, and Kader Attia. In a series of labyrinthine shelters built of vegetal trellis they placed these works by well-known contemporary artists alongside ritualistic interventions made from palm oil, seeds, plaited or piled leaves.

As expressed in the curatorial statement of the artists of the CATPC: “The Repatriation of the White Cube is like a coffin to bury the looted statues of our ancestors.”

Only one sculpture was actually placed inside the White Cube: the expressive figure of the art patron cast in pure cocoa.

For the opening the OMA-designed space acquired an additional porch made from palm fronds and straw, which was ceremoniously ignited to produce a fire wire around the building. The visual tension between the different modes of display renders the works of these highly vigilant and engaged artists both connected to and independent from the plans of Renzo Martens.

Future proposals from the “farmer-artists” include developing exchanges with plantation workers in Sumatra, and planting and naming new trees every time a child is born in Lusanga.

For Renzo Martens, the “Repatriation of the White Cube” is an act of institutional critique pushed to the extreme. By placing this built environment in the Congolese jungle, he makes it impossible for the art world to ignore the historical and contemporary abuse that lies behind the relationship between Unilever and Lusanga, formerly known as “Leverville.” Throwing up more questions than can be answered, this action highlights the muted complicity between agricultural exploitation and high-octane arts funding, through which Lever Brothers and their affiliated corporations try to wash their hands clean. The contrast between the White Cube and the living conditions of the villagers is wilfully extreme, like an exercise in epistemological violence that enacts a break in this contentious chain of power relations.

In addition, through his performative presence within the work, Martens articulates the unresolved and suppressed residue of the colonial figure. Frantz Fanon’s notion of decolonization as the violent meeting of two forces comes to mind immediately, and it is this flipping back and forth between Martens’ personification of the settler and, by extension, the stereotypical status of the subaltern native that renders this project so controversial and therefore so incisive. By bringing a village in DRC into direct contact with the fast moving art world—and vice versa—Martens effectively plays on mutual expectations and presuppositions. His endeavour seeks to upturn the production system of art and draw attention to the terms of the debate and the economic model that subtends it. For the opening, Renzo Martens invited Suhail Malik from Goldsmiths University, Azubuike Nwagbogu, director of the African Artists Foundation and Lagos Photo Festival based in Nigeria, and myself to give talks.

As a result of listening and observing the activities over the course of five days, I proposed a project of dissemination to Renzo Martens and the Lusanga artists and agronomists. The project builds on my work as an arts publisher. For eleven years between 1996–2007, when access to the Internet was still complex and artists’ websites were basic and sparse, I printed books and journals in different cities in the world. “Metronome” acted as an information carrier between artists and activists working in places as far apart as Dakar, Tokyo, or the forests of Oregon. After a ten-year break I recently returned to this form of independent arts publishing, and printed 7 issues of a broadsheet in the small town of Dilijan in Armenia.

For IHA/CATPC, and together with Azubuike Nwagbogu, we aim to print a newspaper in DRC that combines, on equal footing, texts and images related to plants and agronomy with materials that stem from critical art practice, including reflections on the so-called “tribal art” market. The two dimensions will be placed side by side in the newspaper, proposing discursive neighborhoods, which in turn reflect the multiple dimensions of the project and the plurality of its ownership. The title was chosen during the event in Lusanga is “LUYALU”, which translated from the Lingala means “Power(s”).

The form of the newspaper is to be adopted directly from the current graphic style of DRC broadsheets (see above), and will be printed locally, most probably in Kikwit or Kinshasa. The broadsheet will include several languages placed side by side: Kikongo, Lingala, English, and French. Texts by Congolese artists and agronomists will be translated into English/French. Produced in DRC, the readership is primarily Congolese but the newspapers should also circulate in art spaces in Europe, the US, Canada, and the African continent, alongside the book recently published by Sternberg Press on the Institute of Human Activities and the CATPC.

The objective is to stream information through this modest, local medium and emphasize the symbiotic production relationship between ideas in art and those in agriculture. Further, it will provide an additional dialogical platform with which to develop an international network between plantation workers and artists. I believe that this resonates with situations beyond Congo (Nigeria and Indonesia, for example), where land cultivation, self-sustainability, and new systems of organisation extend beyond the realm of non-governmental development politics and find genuine formulations within advanced and critical art practice.

— Lead Image: A chocolate hand waiting to be fixed to a CATPC sculpture at the installation of LIRCAEI's inaugural exhibition, © Leonard Pongo.

—“The Repatriation of the White Cube,“ © Thomas Nolf. 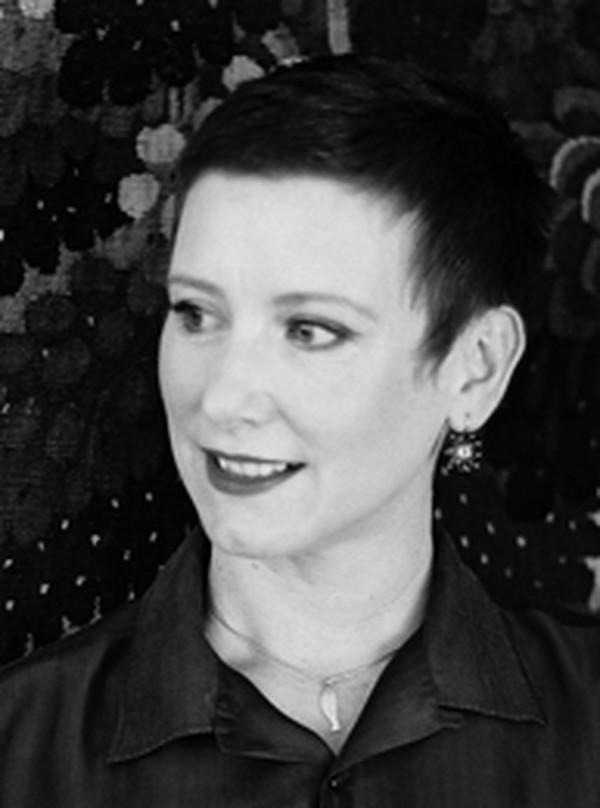 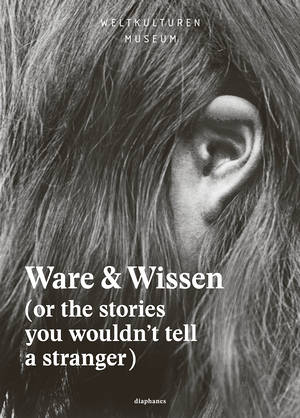 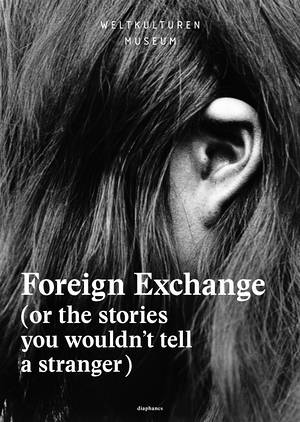 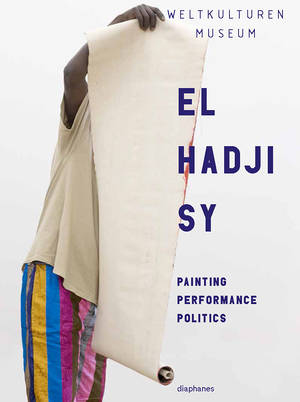